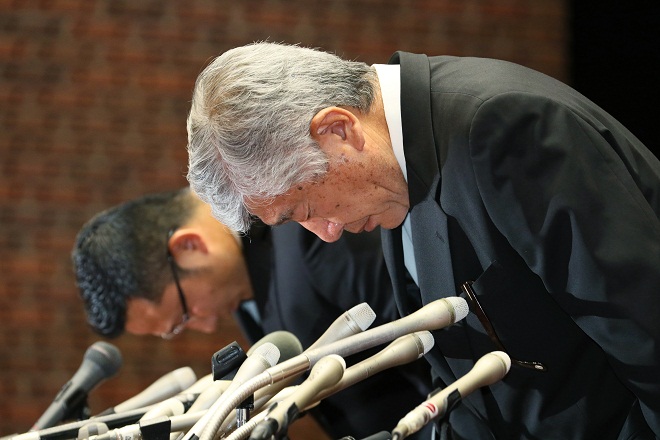 The denial came a day after the Nihon University player, Taisuke Miyagawa, told a press conference that in a match earlier this month, he tackled the Kwansei Gakuin University quarterback violently and injured him at the instruction of Uchida and Inoue.

"It was not my instruction," Uchida told a news conference, denying having ordered Miyagawa to commit any illegal play. Uchida has resigned as the Nihon University team's top coach over the high-profile incident.

"I'm afraid I didn't see the tackle in question as I focused on the ball," Uchida insisted. "It was my fault as I should have seen the whole scene."

Inoue admitted that he told Miyagawa to "crush" the quarterback. "It's true that I said something radical, but I can't remember every word and phrase," he claimed. "I've never discussed whether it'll be good or bad if the quarterback is crushed."

On Monday, the injured quarterback's father, Yasutoshi Okuno, filed a damage report with police. He has signaled the possibility of submitting a criminal complaint. Jiji Press