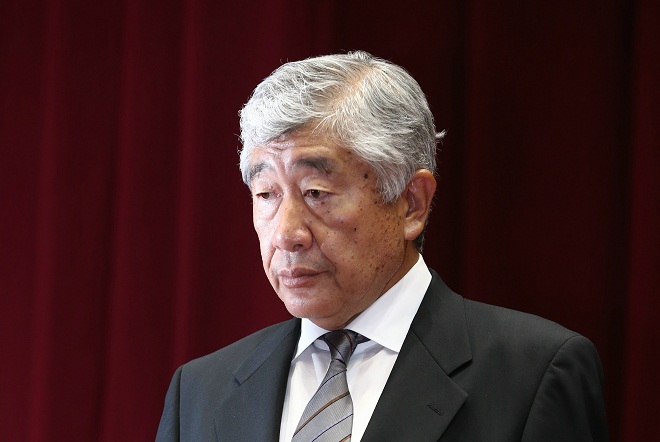 Uchida, 62, Wednesday offered to quit the board to take responsibility for causing great trouble for the university, it said.

He resigned as coach of the Nihon University Phoenix last month after a violent hit by one of the team's defensive players injured an opposing quarterback during a match.

Uchida was earlier this week expelled from the Kantoh Collegiate Football Association, a group of college football teams in Tokyo and neighboring prefectures, for ordering the hit.

The university said it set up a third-party panel on Thursday to investigate the cause of the hit and examine the governance of its sports teams.

The panel of seven lawyers plans to report the findings of its investigation in late July.

Kichibee Otsuka, the university's president, reported Uchida's resignation as a board member and the establishment of the investigative panel to the Japan Sports Agency.