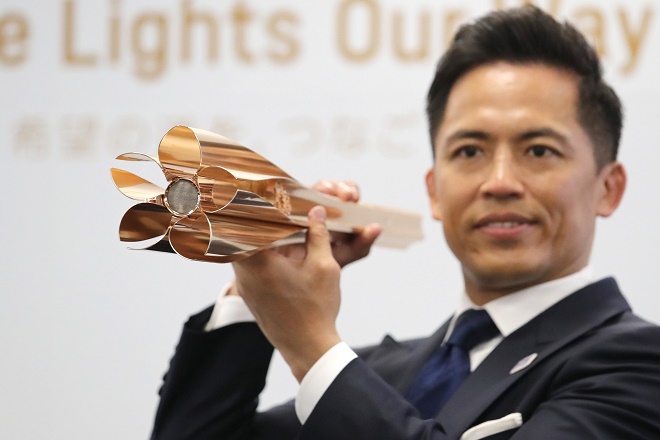 Made mainly of aluminum, the pink-gold torch is shaped like a five-petal cherry flower when seen from above.

About 30 pct of the aluminum is recycled metal originally used in temporary housing built for those who lost homes due to the March 2011 earthquake and tsunami.

Five separate flames emerge from the petal sections, and the flames join as one at the center of the torch.

The Olympic flame is scheduled to arrive in Japan on March 20, 2020.

The torch relay will start on March 26, after the flame is displayed in three northeastern Japan prefectures hit especially hard by the March 2011 disaster. Jiji Press