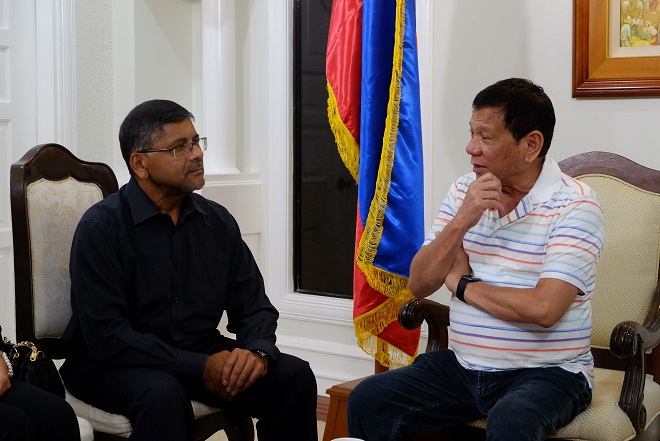 UK envoy will not be summoned for criticizing Philippines: Yasay

Foreign Secretary Perfecto Yasay on Thursday said there is no need to summon Britain’s ambassador to Manila for saying the Philippines has not gone through right changes under the Duterte administration.

“I am not sure that is a very diplomatic statement but I would take issue with the statement as not being quite accurate,” Yasay said at a media luncheon.

“I think he was just expressing his personal opinion. I am just saying that I don’t think his opinion is right,” he added.

Ahmad had said he is concerned with killings of alleged drug suspects under President Rodrigo Duterte and a move by his allies in congress to re-impose the death penalty.

The United Kingdom and European Union have abolished the capital punishment.

Yasay said “change has come to the Philippines for the better” because of Duterte, who is “committed to make real and meaningful change as it happen, as it is happening today.”

Yasay called Ahmad’s comments as “premature” since Congress is still deliberating on the death penalty bill.

“I do not know why he says that change is happening in the negative way. I see a lot of positive effects of the actions we have taken to make change happen,” Yasay said.

Ahmad warned the Philippines would violate its international treaty obligations on human rights if it revives the death penalty.

“And if it so decides, nobody, nobody especially somebody outside of our country can interfere with the domestic decision.” DMS