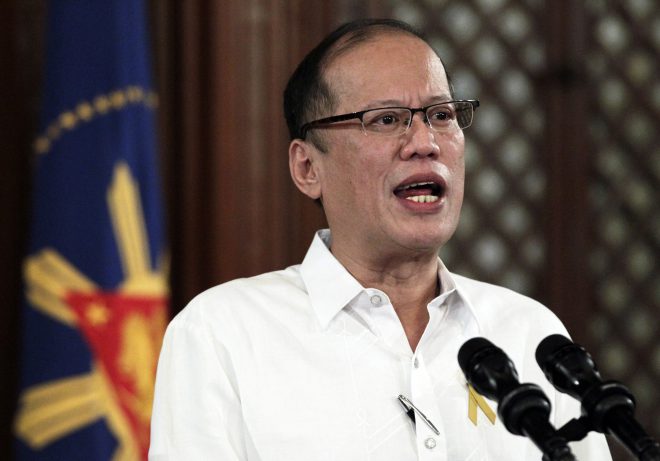 The Sandiganbayan dismissed on Thursday charges "without prejudice" against former President Benigno Aquino III in relation to the Mamasapano incident where 44 police commandos were killed in an anti-terrorism operation in Maguindanao in 2015.

The dismissal of the graft and usurpation charges against Aquino came as the Fourth Division of the anti-graft court granted the motion to withdraw the information by the Office of the Ombudsman.

"Considering that the records of the present cases are bereft of any evidence that would merit further proceedings as against accused Aquino for the charges for violation of Section 3(a) of R.A. 3019 and usurpation of official functions under Article 177 of the Revised Penal Code, and applying the aforementioned jurisprudential pronouncements, the Court finds that the dismissal of the said cases is indeed warranted," said the six-page resolution penned by Justice Alex Quiroz, chairman of the Fourth Division.

The Sandiganbayan came out with the resolution after the Supreme Court recently ruled to lift the temporary restraining order on the trial of the cases against Aquino in relation to the botched anti-terrorism operation in Mamasapano, Maguindanao in January 2015.

The cases were filed against the former president under the leadership of Martires' predecessor, former Ombudsman Conchita Carpio-Morales, an Aquino appointee.

The families and relatives of the 44 members of the Special Action Force who died in the Mamasapano encounter with lawless groups have insisted that Aquino should instead be charged for reckless imprudence resulting in homicide, which carries longer imprisonment.

Martires has said there was no sufficient ground and evidence to indict Aquino for graft and usurpation charges.

However, the withdrawal was "without prejudice" to the filing of appropriate charges against Aquino after the conduct of preliminary investigation.

With the dismissal of the cases against Aquino, the Sandiganbayan also ordered the release of his cash bond and the lifting of hold departure order against him. Celerina Monte/DMS