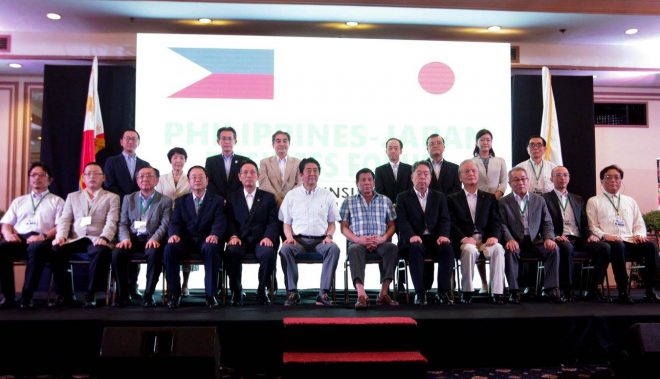 DAVAO CITY- Philippine officials renewed on Friday their call to the Japanese locators to invest in the country, including Mindanao.

In a business forum in Waterfront Insular Hotel , Trade and Industry Secretary Ramon Lopez cited several opportunities for investors and business in the country.

These include the rising, stable economy, human capital advantage, and demographic sweet spot wherein the median age in the Philippines is 23.1 years old, he said.

He said the demographic sweet spot could mean "young, employed, more prosperous consumer-base for many years."

Philippine Economic Zone Authority Director General Charito Plaza told the forum attended by some 200 Filipino and Japanese businessmen the new thrust of her office is to create an economic zone in every province and city and in "accordance with local area suitability potential."

"There should be no more idle land in the country," she said.

Meanwhile, an executive of Chodai Co. Ltd. shared his experience in doing business in the Philippines, particularly Mindanao.

He cited political and security risks were among those reasons Mindanao is being left behind in terms of investments compared with Luzon and Visayas.

But he said those risks "can be mitigated" and the "Philippines has already shown strong commitment to peace process."

The executive also urged "for more collective information" on Mindanao.

He added that the real meaning now of VIP is "very important Philippines."

Chodai has projects in the sectors of energy, water, agriculture, aquaculture, and forestry, among others. Celerina Monte/DMS