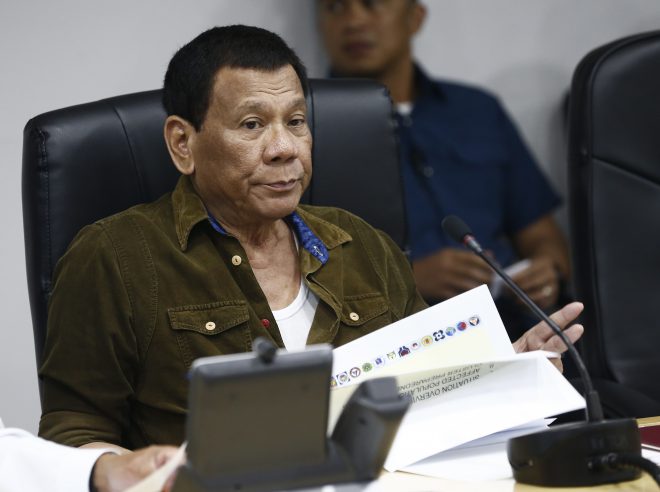 President Rodrigo Duterte has gone into motorcycle riding wj he was hardly visible to the public because had no official schedule for the entire week last week.

But aside from this, Duterte, whose health has always been put in question whenever he failed to make a public appearance for days, was also busy reading papers and attending to private meetings and courtesy calls, according to Presidential Spokesperson Salvador Panelo.

"In fact, he shared to me, he asked me this, he said, 'You know what, I went out in a motorcycle.' According to him, he rode on a motorcycle," he said in a press briefing.

He said the President roamed around in their subdivision in Davao City riding on his motorcycle either on Sunday, August 18, or the other day.

He noted that the members of the Presidential Security Group even became rattled when the President went out of the subdivision where many people tried to have their photo taken with him.

During the whole week last week, Duterte had no official schedule.

On late Sunday night, Duterte's long-time partner Cielito "Honeylet" Avanceña shared her photo with Duterte and their daughter Veronica to the media in their house in Davao City.

Avanceña said the photo was taken that night when Veronica just arrived from a debut party.

Duterte has admitted that he has been suffering from various ailments. But he said, there was nothing serious. Celerina Monte/DMS