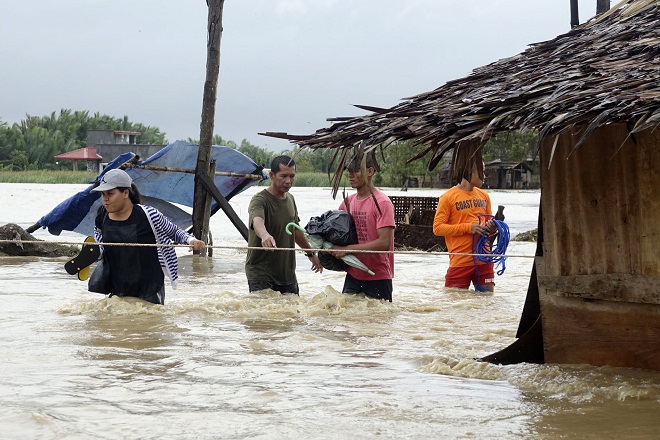 Almost 2,000 people in some parts of the country were affected by the southwest monsoon enhanced by Tropical Depression ''Marilyn'', according to the National Disaster Risk Reduction and Management Council (NDRRMC).

On Sunday, NDRRMC said a total of 480 families or 2, 360 persons were affected in 14 barangays in Zamboanga Peninsula, Davao region, and Soccsksargen.

Of the total, 1,815 persons or 370 families from Zamboanga del Sur and Davao del Sur are in evacuation centers.

Some 36 houses were damaged in General Santos City where 16 were totally damaged and 20 are partially damaged while four local bridges in Isabela were reported unpassable to vehicles due to swollen river.

The weather disturbance has weakened into a low pressure area and before leaving the Philippine Area of Responsibility (PAR) last Saturday evening. Ella Dionisio/DMS