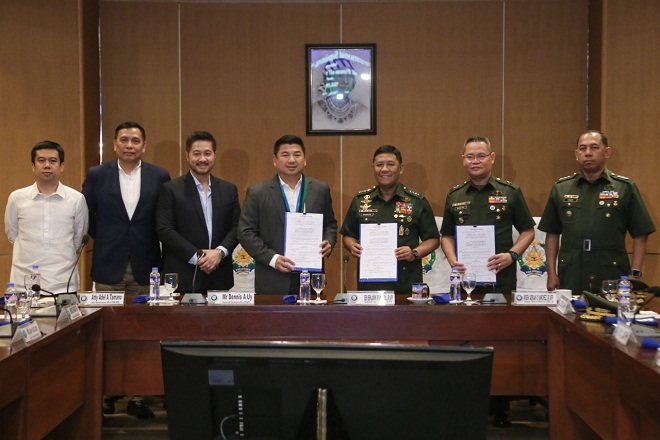 Defense Secretary Delfin Lorenzana will investigate the deal of the Armed Forces of the Philippines with a Chinese-backed telecommunications firm for construction of towers within military bases in the country, Malacanang said on Monday.

In a press briefing, Presidential Spokesperson Salvador Panelo said he was informed by Lorenzana, who was abroad, that he was not aware of the agreement between the AFP and Dito Telecommunity Corporation, the country's third telco.

"The DND Secretary texted me about it and said he doesn’t know anything about it and he is going to investigate and ask the concerned people involved in the deal. So, we will wait for his findings," he said.

On September 11, the AFP signed an agreement with Dito consortium, formerly known as Mislatel, allowing the telecom company to put its systems, towers, and facilities inside the military bases.

The government granted Dito the license to operate last July. The telco firm is a consortium of Udenna Corp. of Davao City-based Dennis Uy and China Telecom.

Some quarters have expressed concerns having Dito's facilities within the military bases could be used for espionage.

"I'm sure the DND Secretary and (National Security Adviser) Mr. (Hermogenes) Esperon (Jr.) will be undertaking measures to respond to that concerns," Panelo said.

He added the military could still withdraw from the deal if it is found these concerns have a basis.

"Certainly, if it involves national security then this government can do something about it," said Panelo, also chief presidential legal counsel. Celerina Monte/DMS