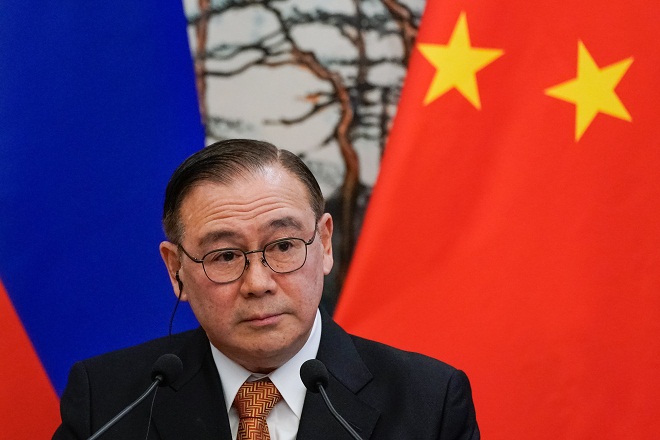 Foreign Affairs Secretary Teodoro Locsin Jr. on Monday ordered the filing of a diplomatic protest over the passage of Chinese warships through Philippine waters without getting permission or even informing Manila of their presence.

In a tweet to Department of Foreign Affairs’ Office of Asia and Pacific Affairs, Locsin said: ''fire diplomatic protest over Chinese warship; drop the diplomatic crap; say it is ours period; they're trespassing. If we did it already, fire another.”

“We won't run out and don't wait for formal intel. This is the Secretary of National Defense, no less. Fire at will," Locsin added.

Lorenzana was referring to a report from the Western Mindanao Command that Chinese warships sailed through the Sibutu Strait at least three more times in August. Two incursions by Chinese vessels were also reported in July.

Early this month, the DFA "fired off" a diplomatic protest against China over the same issue. DMS