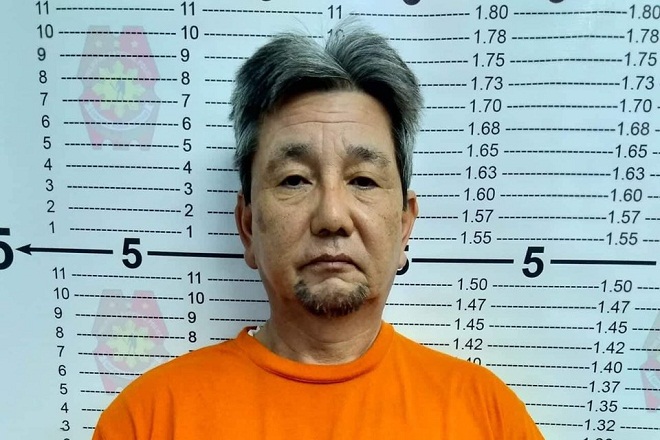 A Japanese suspected of murder was arrested in Quezon City Friday morning after police tracked him through social media.

According to Superintendent Arnold Moleta of the CIDG-NCR, Kobayashi is accused of being the mastermind in the killing of Tatsuya Nakamura last September 2015.

"It ( arrest) was conducted by the (CIDG) Eastern Police (District) because they are the one who got the information (about his location)," Moleta said in an interview with The Daily Manila Shimbun.

Kobayashi was arrested in his residence around 6:30 am along Franco St., Bagbag in Novaliches, Quezon City.

Moleta said they were able to arrest the suspect when police saw him going outside his house.

He said the arrest of Kobayashi was the result of surveillance operations since the Las Pinas Regional Trial Court Branch 275 released his arrest warrant on January 22, 2018.

Kobayashi is involved in the 2014 murder case of Shinsuke Toba.

"We were able to track him through social media... around last month of 2018," said Moleta.

Moleta added they also tracked the suspect in San Fernando, La Union in 2017 but he moved out when police conducted an operation.

Moleta said based on the Interpol notice they received from Japan, Kobayashi  has pending cases in his country.

"The Japanese counterparts will be here," he said. "The embassy is also notified (about his arrest)".

He said Kobayashi has been living in Quezon City.

As of now, police are not sure if he earned money from the deaths of the two Japanese businessmen.

"He (Kobayashi) said he is working as an interpreter," said Ibay, who did not give details.

Last January 2017, authorities arrested an alleged gun-for-hire tagged in the death of two Japanese in Las Pinas City on 2014 and 2015

An alleged Army reservist, Kirby Tan, admitted the killing, saying he was hired by members of a Japanese syndicate to kill their associates in a business firm for insurance money.

The syndicate's modus operandi is to put up a company in the Philippines and hire their co-nationals as their partners.

The three involved Japanese and a woman were arrested in Japan.

Ibay said Kobayashi will be detained at the CIDG headquarters until the court releases his commitment order. Ella Dionisio/DMS