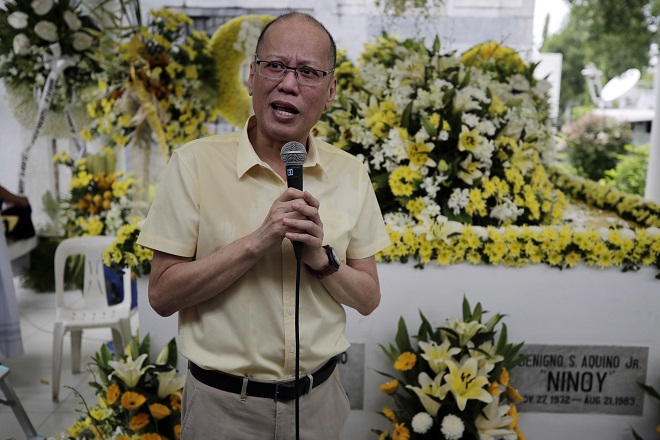 Former President Benigno Aquino III has been admitted to a hospital, his spokesperson said on Monday.

Lawyer Abigail Valte, in a message, said Aquino is at the Makati Medical Center for "scheduled checkup and a routine procedure."

"While he is currently under observation, I was able to speak to him and apprise him of what is being reported in media," she said.

Valte, Aquino's deputy spokesperson when he was president, said the former chief executive even managed to make a joke following reports that he was in the hospital for a heart procedure.

"In jest, he said that the (report) could be heart procedure because he was heartbroken," she said, quoting Aquino, 59.

Valte assured that the bachelor former president was alright and in high spirits.

According to her, Aquino thanked the people for their concern.

Last August 21, Aquino was a no-show in the commemoration of the 36th death anniversary of his father, late Senator Benigno "Ninoy" Aquino Jr, at the Manila Memorial Park in Panaque City.

His youngest sister, actress Kris Aquino, disclosed during that time that the former president was sick.

Last month, Aquino, a smoker, himself admitted that he suffered from pneumonia and was recovering. Celerina Monte/DMS