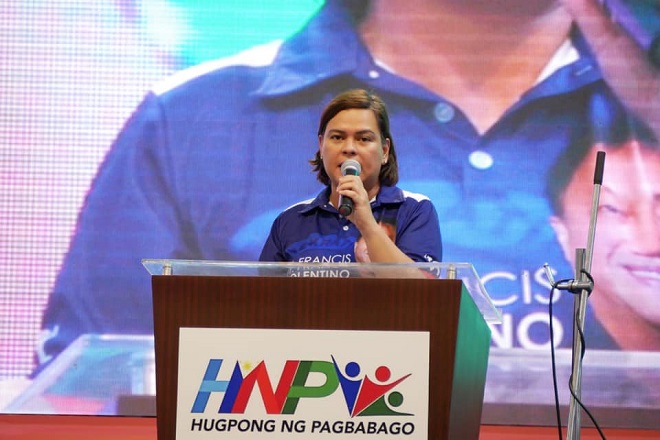 Floirendo ran under HNP and got only 93,035 votes, against front-running Alan Dujali, Alvarez’s partymate in the PDP-Laban. Dujali had 125,942 votes.

Alvarez has a margin of more than 100,000 votes in Wednesday’s canvassing against Davao del Norte governor, Anthony del Rosario, who is on his last term. Del Rosario is Floirendo’s running mate.

In Davao del Sur, the HNP frontrunner in the gubernatorial race, Digos City Mayor Joseph Penas, conceded to Gov. Douglas Cagas on Tuesday when Penas trailed by as many as 60,000 votes.

The eldest of the Duterte’s children, Paolo, had no serious contenders for the first legislative district. He got 197,024 votes. DMS