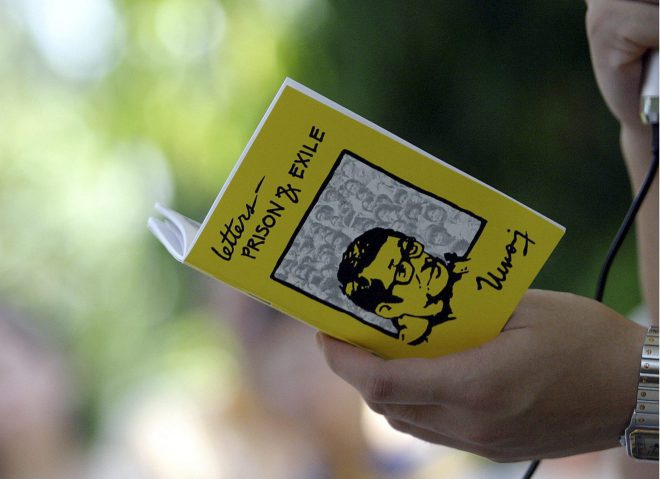 President Rodrigo Duterte expressed hope on Wednesday that late Senator Benigno 'Ninoy' Aquino Jr.'s "remarkable life" as a public servant would be emulated by his fellow government workers, noting there is still a lot to be done in the remaining three years of his administration.

In his message, Duterte said he joins the Filipino nation in celebrating the Ninoy Aquino Day Wednesday, a special non-working holiday throughout the country.

"May this auspicious occasion remind us of what we had lost so that we may remain committed to our solemn duty to safeguard the freedoms that we now enjoy," he said.

"I also hope that Ninoy's remarkable life as a public servant will move my fellow government workers to serve with honor, integrity and purpose as well as inspire our youth to be of service to their country and fellowmen," Duterte added.

He noted Aquino's "important role" in restoring the country's democratic institutions more than three decades ago.

The Philippines had been under martial law during the most part of the two-decade rule of dictator Ferdinand Marcos.

Thousands of Filipinos suffered human rights abuses and some of them even became victims of enforced disappearances.

Duterte admitted that despite the gains in the past three years of his administration, "there is still a lot that needs to be done if we are to completely eradicate the poverty, corruption and injustice that had plagued our nation even during Ninoy's time."

"Let his example guide us as we strive to uplift and protect the most vulnerable in our society and ensure that all Flipinos will enjoy the blessings of freedom, democracy and the rule of law," he said.

Aquino, one of the staunchest critics of Marcos, was assassinated at the tarmac of the now Ninoy Aquino International Airport upon his return from the United States on August 21, 1983 following his exile there.

Duterte, in a speech early this month, acknowledged that late President Corazon Aquino lost her husband Ninoy "in the hands" of Marcos.

"Cory Aquino may be popular. She is popular today. Why? For losing the husband in the hands of Mr. Marcos,” Duterte said in a speech in Davao City on August 2.

Cory was catapulted to power in February 1986 following a snap election that led to Marcos' ouster through the so-called "Edsa People Power Revolution." Celerina Monte/DMS