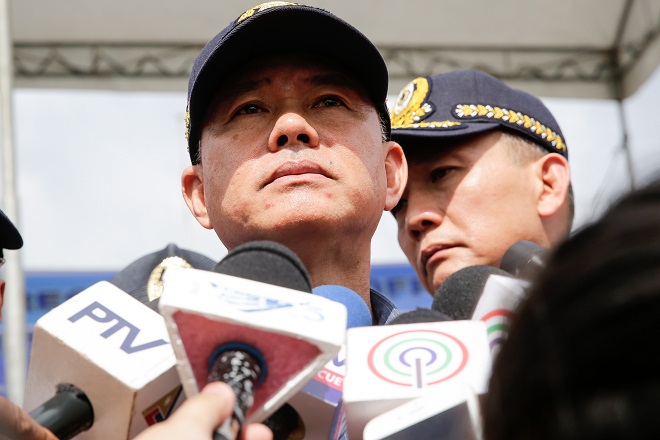 Albayalde orders probe into some cops involved in STL

Police General Oscar Albayalde on Tuesday said he ordered the Directorate for Intelligence (DI) and Directorate for Investigation and Detective Management (DIDM) to investigate the alleged involvement of some senior police officers in Small-Town Lottery operations.

It was earlier reported senior police officers in Bohol, Cebu and Camanava (Caloocan, Malabon, Navotas and Valenzuela) are involved in STLs.

“When that information was first reported, I already directed our directorate of intelligence to gather more information on the allegations that some senior officers (are) involved in promoting STL,” Albayalde told reporters.

He said this alleged involvement was being reported even during the time of now Senator Ronald Dela Rosa.

“DIDM is here because they will do the investigation and information gathering. If we see enough evidence then this officer will be charged accordingly,” he added.

Albayalde reminded police officers that under the Civil Service Law and the Code of Conduct and Ethical Standards of Public Official, they are not allowed to be engage in gambling.

“Probably what the president (Rodrigo Duterte) means (in allowing STL franchise) are the retired (officials). If you are in active service, there is a conflict of interest because you are enforcing the law,” he said.

“If you are in the right path (of service) you know that is not allowed,” he added. Ella Dionisio/DMS