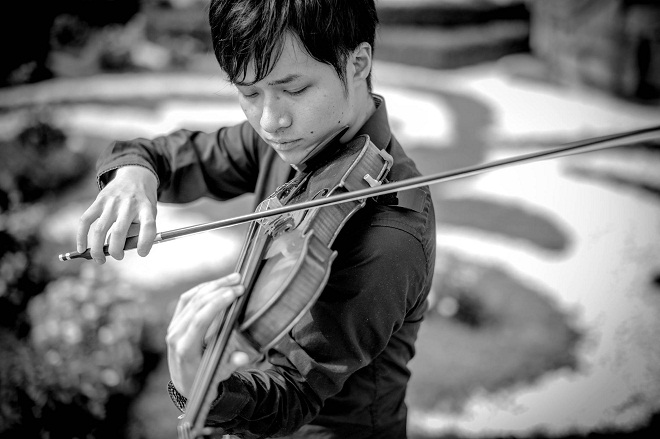 "I am relieved now," Nakamura, 27, who is originally from Kitakyushu in the southwestern Japan prefecture of Fukuoka and currently lives in the Austrian capital of Vienna, told the press.

He added that he wants to perform in a manner that would reflect the intentions of composers as much as possible.

Nakamura has performed with numerous orchestras both inside and outside of Japan, including the Kyushu Symphony Orchestra, based in the city of Fukuoka, when he was nine years old.

He has also been invited to many music festivals and currently performs mainly in Europe and Japan.