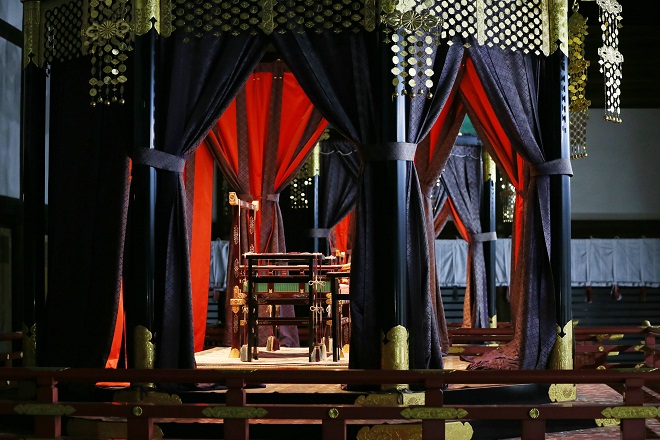 “Takamikura” Throne to Be Shown to Public in Tokyo, Kyoto

Tokyo- Japan will put the "Takamikura" throne on public display in Tokyo and Kyoto after a ceremony on Oct. 22 to proclaim Emperor to Naruhito's enrollment, a government committee said Thursday.

Traditional costumes "Michodai" throne for the Empress will be exhibited for free at the Tokyo National Museum from Dec.

Emperor Emeritus Akihito, the father of the current Emperor, proclaimed his enthronement from the same Takami Title in Sokuirei , "Sokuirei Seiden no Gi," will also be displayed, according to the government's ceremonies committeee. him in 1990.

That Time At, Takamikura And Other Related Items Were Shown To The Public At The Kyoto Palace. They Attracted Some 162,000 Visitors. Jiji Press