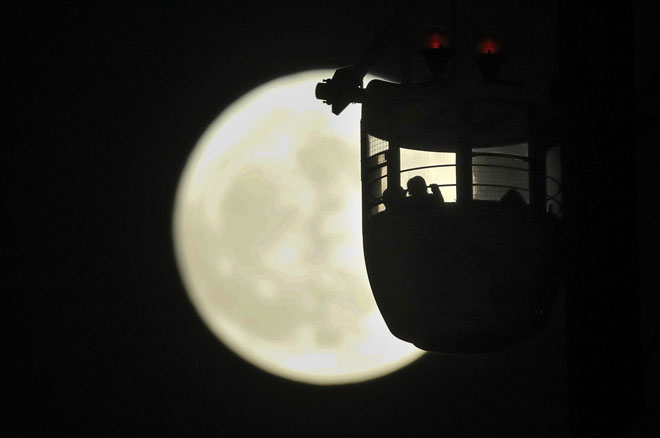 TOKYO- Visitors enjoy viewing the so-called 'Supermoon' from a gondola of a ferris wheel at an amusement park in Tokyo, Japan, 03 December 2017.

According to the National Aeronautics and Space Administration (NASA) a series of three 'Supermoons' - dubbed the 'Supermoon trilogy' - will appear in the sky on 03 December 2017, on 01 January 2018 and and 31 January 2018.

A 'Supermoon' commonly is a full moon at its closest distance to the earth with the moon appearing larger than usual. Jiji Press