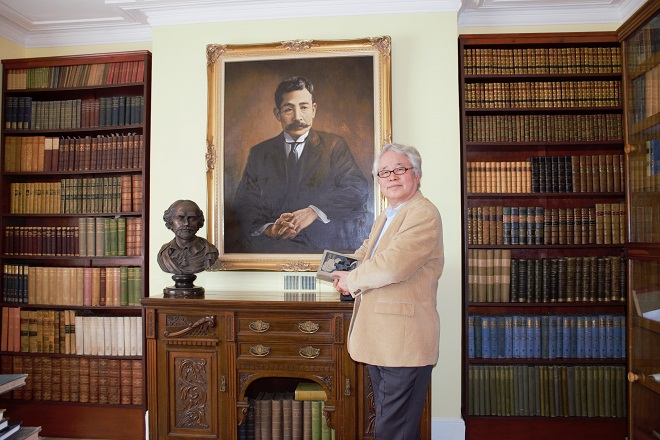 Soseki Museum in Britain to Reopen in May

London- A museum in London on the late renowned Japanese novelist Natsume Soseki (1867-1916), which was closed over two years ago, is set to be revived, in nearby Surrey in May.

Ikuo Tsunematsu, 67, who headed the former museum, decided the reopening after receiving a flurry of requests from Soseki fans. The previous Soseki museum was shut down in September 2016, after 32 years of operation, due party to financial difficulties.

Dispatched by the Japanese government, Soseki studied in London for two years from 1900.

Tsunematsu has renovated his house in Surrey to host the new museum. On display will be more than 10,000 items, including books Soseki loved when he was in Britain, programs of theatrical performances he watched and his works translated into various languages.

While the former museum was targeted at the general public, many of the exhibits at the new facility will be for researchers.

After collecting materials related to Soseki during the period of the novelist's stay in Britain, Tsunematsu opened in 1984 the former museum in front of Soseki's final lodging in London. It attracted Japanese tourists and many famous people, including Japanese Crown Prince Naruhito, who paid a visit while he was studying in Britain.

"I hope to talk about Soseki with those who love him over tea," Tsunematsu said of his decision to reopen the museum. He plans to accept visitors based on reservations three times a week between March and August every year.

Tsunematsu, who is from the southwestern Japan prefecture of Kagoshima, came to Britain in 1974. He learned about Soseki while living in London and has ever since lost himself in the pleasure of researching Soseki, collecting materials about the novelist and running the museum with money from his own pocket.

"Securing funds (for running the museum and collecting Soseki materials) was the biggest challenge, but I could keep going as I've refrained from lavish spending in my life," he said.

"I want to make the new museum a place that gives new clues for research about Soseki and helps people get closer to his works." Jiji Press