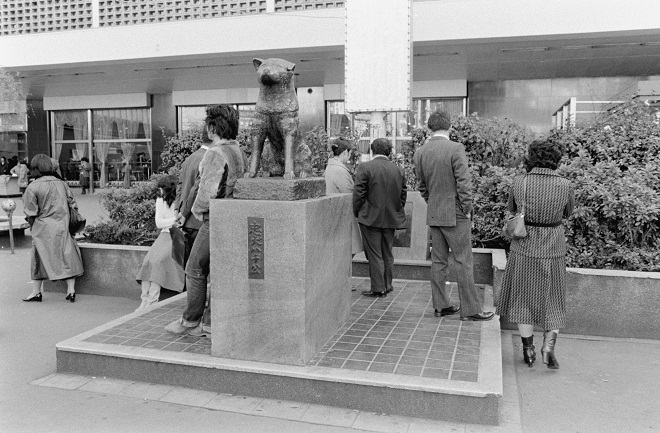 Sculptor Ando, creator of Hachiko statue at Shibuya, dies at 95

Tokyo--Japanese sculptor Takeshi Ando, known for creating the second statue of faithful Akita dog "Hachiko," in front of Tokyo's Shibuya Station, died of pneumonia at a Tokyo hospital on Jan. 13. He was 95.

A native of Tokyo, Ando graduated from the sculpture department of Tokyo Fine Arts School, now Tokyo University of the Arts.

The first statue of Hachiko, a famous dog that continued to visit the train station and wait for the return of its owner for years after his death, was created by Ando's father, Teru, in 1934.

The original statue, however, was removed due to a metal recovery act issued in the last stages of World War II.

Ando completed the current statue in 1948 after receiving a request for the creation of a replacement for the original. Jiji Press