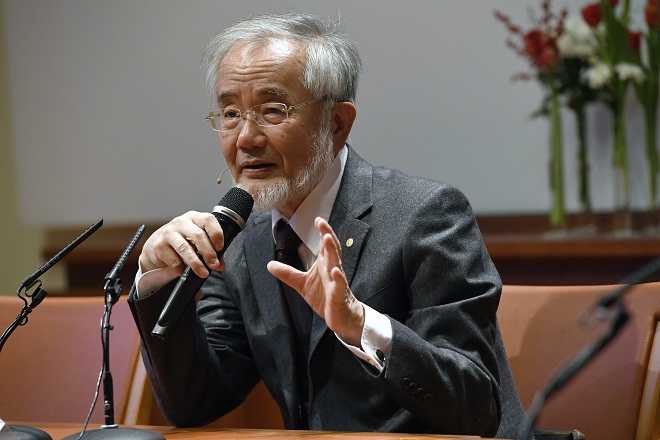 TOKYO- Tokyo Institute of Technology honorary professor Yoshinori Ohsumi, who won the 2016 Nobel Prize in Physiology or Medicine, has announced the establishment of a foundation for fundamental biology research.

"I would like to provide research funding for researchers who are important but could not receive support in the field of fundamental biology," Ohsumi said at a press conference in Tokyo on Tuesday.

He added that some researchers could make progress in their researches even with one million or 2 million yen in additional assistance.

The Ohsumi Frontier Science Foundation will also hold study sessions for companies and universities, as well as networking events for researchers, citizens and elementary to high school students.

"We would like to offer information in a fun way," Ohsumi said. "There are people who are doing fascinating work even with small amounts of research funds."

"With university research funding cut and research abilities declining in Japan, I want to clear away the sense of stagnation even a little bit," he added. Jiji Press