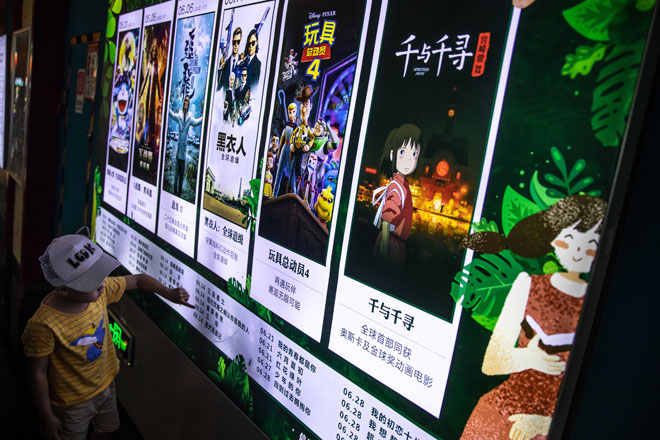 A child plays next to a movies advertisement where the Spirited Away movie (R) is seen among others, in a cinema, in Beijing, China, 27 June 2019. Spirited Away, the Japanese animation, sets China box office record for a Japanese film in China over its opening weekend making more than Disney's Toy Story 4. According to the media, the Japanese animation earned 27.7 million dollars, more than twice as much as Disney's Toy Story 4 which made 13.2 million dollars. Studio Ghibli film Spirited Away was officially released in 2001, and 18 years after the rest of the world watched it, the film has been released in China. EPA-Jiji Press