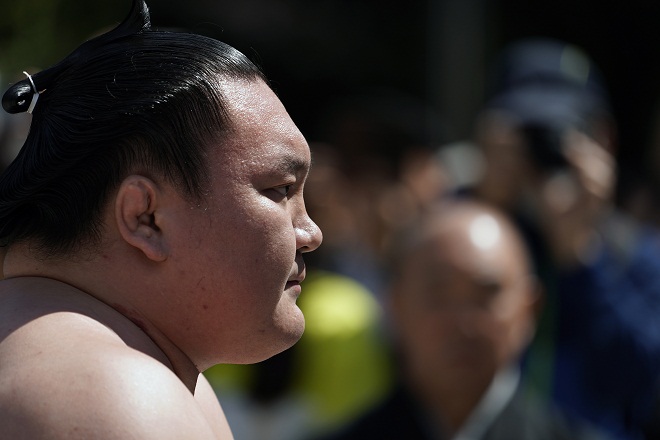 After retirement, sumo wrestlers from overseas need to obtain Japanese citizenship in order to remain in the Japan Sumo Association as a stablemaster and train younger wrestlers.

Hakuho, 34, whose real name is Munkhbat Davaajargal, is married to a Japanese woman. He belongs to Miyagino stable.

Hakuho won the spring grand sumo tournament in March, the last of the Heisei era, with a 15-0 record, claiming the championship for the 42nd time, an all-time high.

He had expressed intention to acquire Japanese nationality. Jiji Press