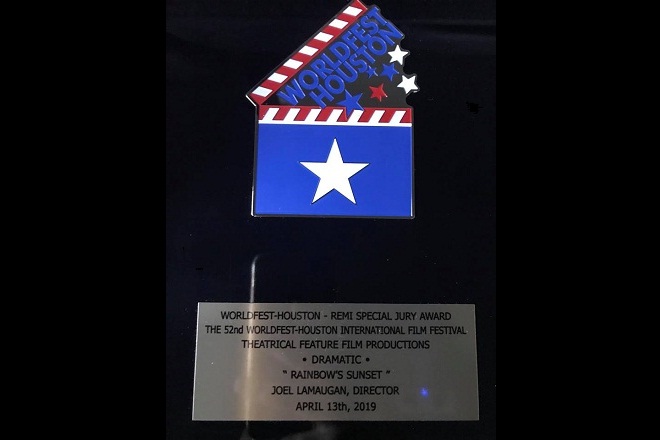 The MMDA, through the MMFF, backed up last year's filmfest best picture winner as it competed in Texas.

Directed by Joel Lamangan, the film which is about an aging man's admission to his family about his romantic feelings towards his childhood best friend, won the Special Jury Prize.

"We are very proud of Rainbow's Sunset's success in the Annual WorldFest. Those awards go to show that Filipino films are indeed world class," he said.

"The MMDA and the MMFF will continue to back up our local films and filmmakers for the Philippines to have its rightful place in global filmmaking industry."

The Annual WorldFest in Houston is the third oldest film festival in the United States.

Rainbow's Sunset bagged a number of awards from the MMFF 2018 last December including best screenplay, best actress, and best supporting actor and actress among others. Garcia also won the Special Jury Prize, together with co-star Max Collins. DMS