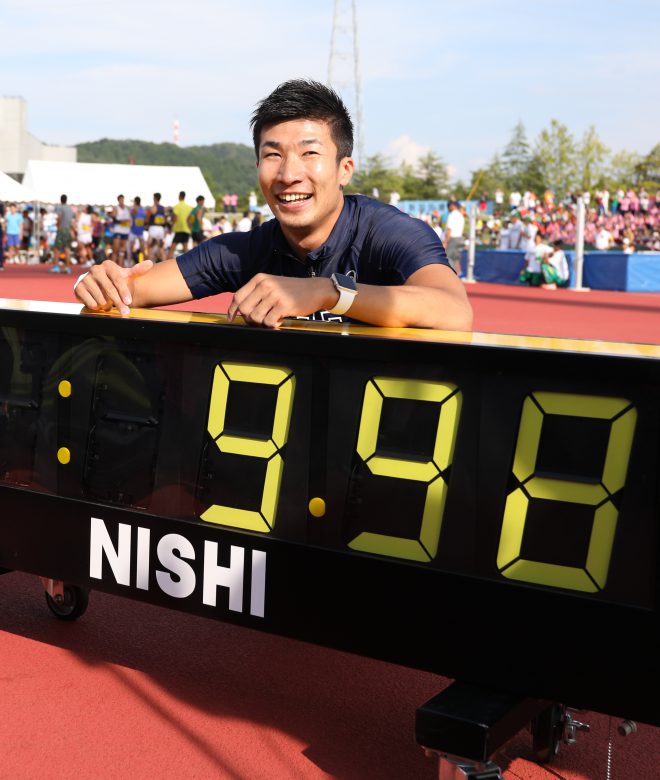 FUKUI- Yoshihide Kiryu, 21, of Toyo University became the first Japanese sprinter to run 100 meters in less than 10 seconds on Saturday.

Kiryu marked a new Japanese record of 9.98 seconds with a tailwind of 1.8 meters per second in the final of the 100 meters in the country's intercollegiate track and field championships, held in the city of Fukui.

"I think I finally made it into the world class," Kiryu said. "I'm full of gratitude."

The previous Japanese record was 10.00 seconds, set by Koji Ito in December 1998. The current world record, meanwhile, is 9.58 seconds, established by Jamaican athlete Usain Bolt in 2009.

In April 2013, Kiryu, a then high school student, came into national spotlight for logging 10.01 seconds, the second fastest time in Japan at the time. Jiji Press