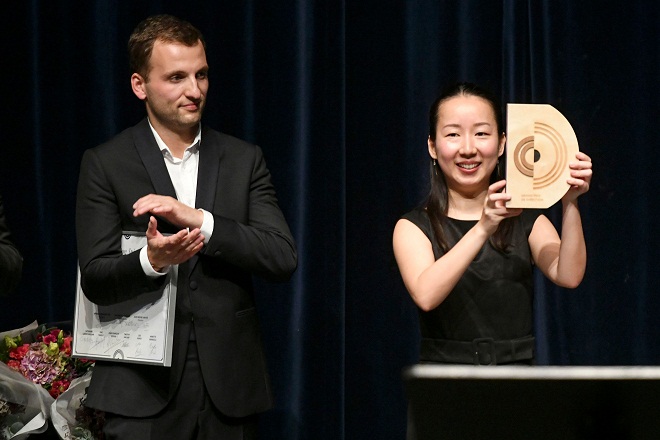 Okisawa, 32, defeated two other finalists at the biennial competition, becoming the first Japanese to be awarded the prize since Yuki Kakiuchi won it in 2011.

Studying at Tokyo University of the Arts and the Hochschule fuer Musik Hanns Eisler in Berlin, Okisawa became the first woman to win the first prize at the Tokyo International Music Competition for Conducting last year.

The three finalists at the Besancon competition were among 20 candidates selected from 270 contenders. Past Japanese winners of the grand prix include Seiji Ozawa and Yutaka Sado. Jiji Press