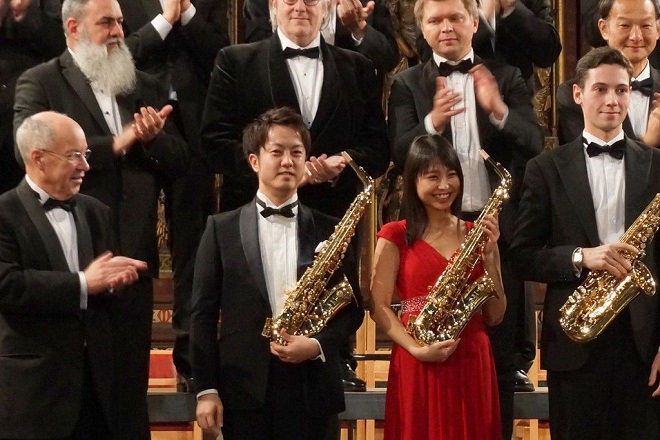 Kenta Saito, 27, from Tokyo won the first prize, held in Dinant, southern Belgium, the birthplace of Adolphe Sax, the inventor of the saxophone. Saito is the second Japanese to win the competition, after the late Hiroshi Hara in 2002.

Rui Ozawa, 30, from Yokosuka, Kanagawa Prefecture, south of Tokyo, won the second prize, becoming the first woman to come second in the competition.

The competition was launched in 1994 to mark the centennial of the death of Sax and has been held every four years in principle. It is known as one of the most prestigious international classical saxophone contests.

"I'm really happy. I was reduced to tears," Saito said after winning the competition. The saxophone may be better known as an instrument for jazz, but Saito said, "I want to communicate the beauty of (saxophone's) classical sound and music through concerts."

Saito started playing the saxophone when he was a junior high school first-grader. He studied at Tokyo University of the Arts after graduating from Senzoku Gakuen College of Music.