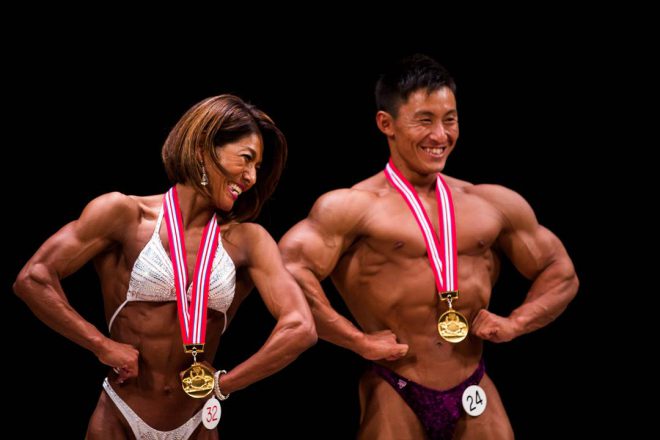 TOKYO- In this picture taken on October 9, 2017, winning Japanese bodybuilder in the women's category Megumi Sawada and winner in the men's category Masashi Suzuki pose on stage during the Japan bodybuilding championships in Tokyo.

The number of bodybuilders registered with Japan's national federation has almost doubled over the past six years to around 3,000, with women making up 10 percent as part of a nationwide fitness boom, officials said. In ageing Japan, female bodybuilding is dominated by women in their forties and fifties, as many usually only start after their children have grown up. Jiji Press