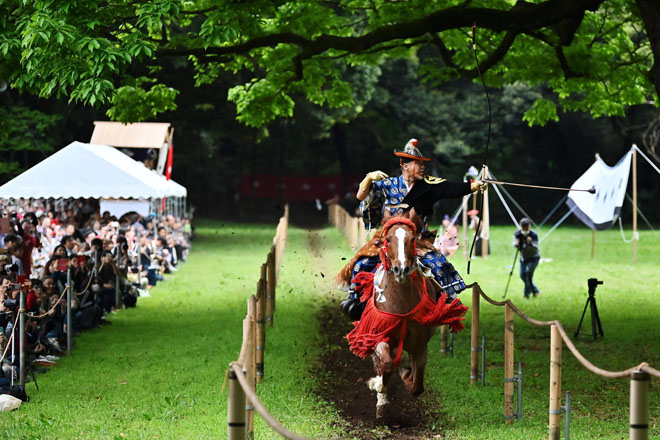 An archer on horseback dressed as an ancient samurai warrior shoots an arrow at a target during an event to celebrate Japan's new imperial "Reiwa" era at Meiji Shrine in Tokyo on May 1, 2019. - Japan's new Emperor Naruhito formally ascended the Chrysanthemum Throne on May 1, a day after his father abdicated from the world's oldest monarchy and ushered in a new imperial era. AFP-Jiji Press