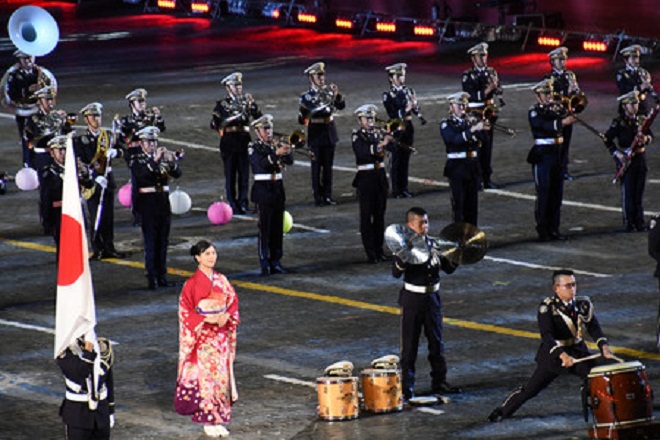 "I was very impressed by the cheers and excitement," Col. Takahiro Higuchi, head of the band, said after the performance. "I feel we served as a bridge of friendship between Japan and Russia."

Dressed up in kimono, Sgt. Michiko Matsunaga sang in Russian. "I was thrilled to be surrounded by the large audience in front of the candy-colored cathedral," she said.

The band's participation in the annual festival was agreed on at a "two-plus-two" meeting of the foreign and defense ministers of Japan and Russia in Tokyo in May.

This year, performances were given by military bands from 12 countries including North Korea. Jiji Press