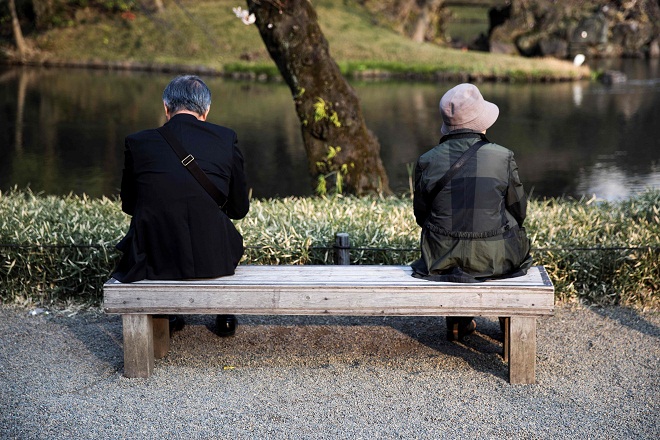 Tokyo--The Japanese government is expected to include a numerical target in the planned guidelines for measures against dementia due out in summer, informed sources said Wednesday.

The government will discuss a possible target of reducing the share of dementia sufferers in the population of people in their 70s by 6 percentage points by 2025.

Given that all of Japan's first baby boomers will turn 75 or older in 2025, the government aims to curb medical and nursing-care costs by actively taking measures against the disease under such a target, the sources added.

An expert panel in the government is discussing draft guidelines. Plans to utilize local public space where elderly people can communicate and to secure job opportunities for such people are expected to be included.

At a meeting of related ministers on measures against the disease in December last year, the government decided to focus on the two issues of how to promote preventative measures and help those who developed the disease continue to live in their regions. Jiji Press