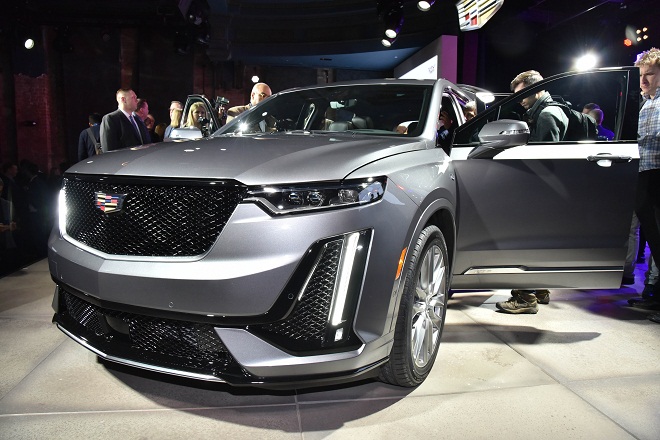 Toyota Motor Corp. <7203> exhibited its revived Supra for a world premiere. Production of the previous Supra ended in 2002.

The Supra is back, Toyota President Akio Toyoda, who appeared at the Detroit show aboard a red Supra, said, demonstrating the revival of the popular sports car model.

The new two-seater Supra, developed jointly with German automaker BMW AG and equipped with a 3,000 cc turbocharged straight-six engine, will be released in Japan, the United States and many other parts of the world in stages from this summer.

The vehicle can accelerate to a speed of nearly 100 kilometers per hour in only some four seconds after starting.

The leading Japanese automaker also displayed the partially revamped RC F sport coupe from its Lexus luxury car brand and, for the first time in the world, a convertible concept version of the Lexus LC sport coupe.

Subaru Corp. <7270> displayed the S209 sports sedan, which was developed by a unit in charge of the Subaru group's motor sports business.

The model will be launched only in the United States by the end of this year.

The auto show comes at a time when new vehicle technologies, such as autonomous driving, are gathering huge attention worldwide. The exhibition will be open to the public from Saturday to Jan. 27 after a press preview until Tuesday. Jiji Press