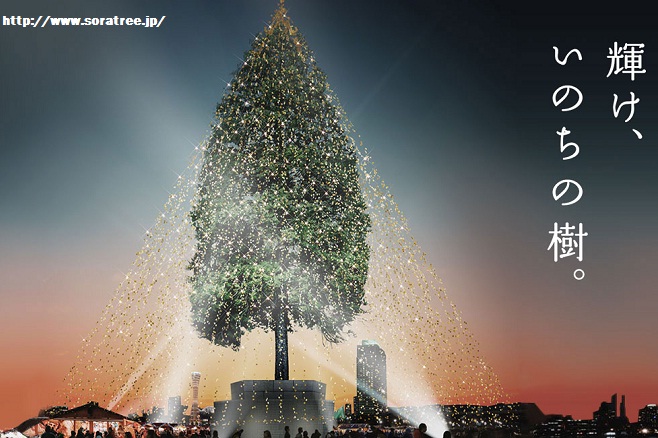 Kobe- A towering 30-meter-high Christmas tree was placed at the port of Kobe, Hyogo Prefecture, western Japan, on Friday as a symbol of reconstruction of areas devastated by earthquakes.

The 24-ton hiba arborvitae, placed at the port's Meriken Park, is taller than the Rockefeller Center Christmas tree in New York that was about 29 meters tall last year, according to organizers of the Kobe tree project.

The project, led by Seijun Nishihata, president of Sora Botanical Garden, based in the Hyogo city of Kawanishi, is designed to offer prayers from Kobe for areas damaged by the March 2011 earthquake and tsunami in the Tohoku northeastern region and the April 2016 earthquakes in the southwestern prefecture of Kumamoto and surrounding areas.

The Kobe Christmas tree, shipped from Himi in the central prefecture of Toyama, will be decorated with reflective material on which children in disaster-hit areas as well as Kobe citizens will write their wishes.

The tree will not use decorative lighting, and the reflective material will be illuminated by lights from below during Dec. 2-26.

The project plans to raise money through crowdfunding to cover costs to purchase the reflective material, which are sold for 500 yen apiece, for children in the quake-hit areas of Tohoku and Kumamoto. Jiji Press