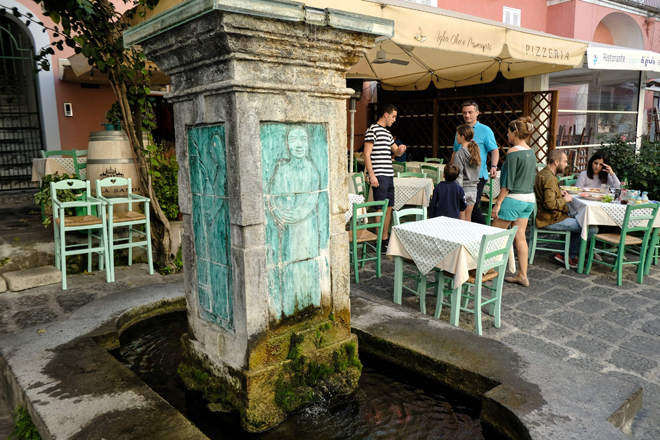 ITALY- A picture shows a fountain next to a restaurant in the center of Ischia, an island off Naples, on October 18, 2017. Ischia will host tomorrow the delegations from Canada, France, Germany, Japan, Italy, United Kingdom and United States on the first day of the G7 of Interior Ministers with European Union representatives and members of the private sector as Google, Facebook and Twitter.

The discussion will focus on two key topics: prevention - together with the private sector  of the terrorist use of the Internet and collaboration in the fight against the so-called "foreign fighters" through information exchange and activities to halt the extremists. Jiji Press