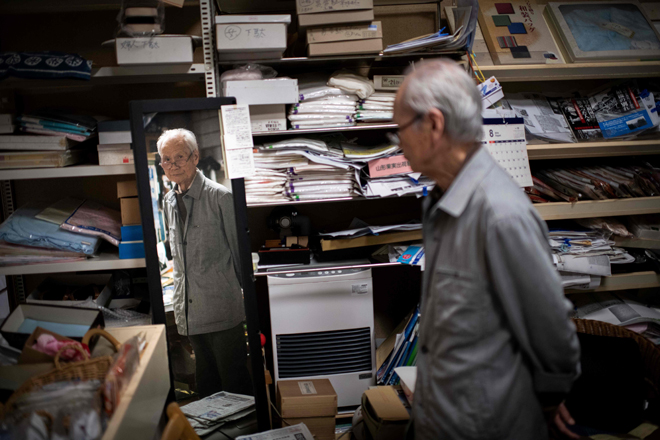 The Repatriation Support Office In Niigata

This picture taken on September 18, 2018 shows Harunori Kojima, a former communist member and a former head of the repatriation support office in Niigata, posing in Niigata. - North Korea lured nearly 100,000 Koreans from Japan with fantastical propaganda promising returnees a "Paradise on Earth". They were part of a grand repatriation programme that continued on and off until 1984, carried out by the Red Cross Societies in Japan and North Korea and paid for by Pyongyang. "I was actively involved in the project, believing it was something positive. But as a result, I led people into Hell," Kojima told. AFP-Jiji Press