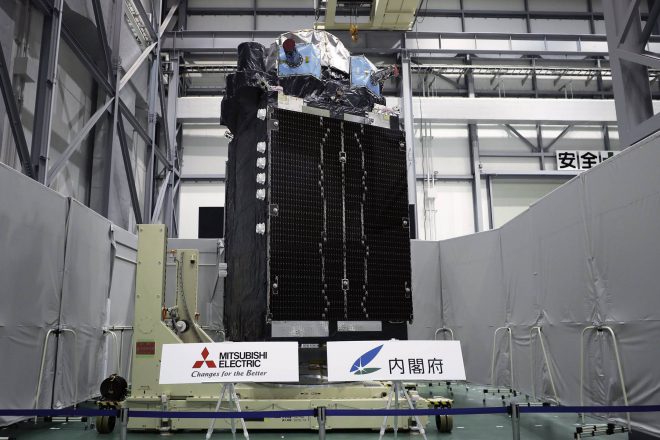 Firms preparing to use Japanese GPS

Some Japanese firms are making preparations to utilize data from the Michibiki satellite network, the Japanese version of Global Positioning System, that will become fully available in April 2018.

The Michibiki system will provide positioning data with centimeter-level accuracy, a dramatic improvement from the present situation in which only the U.S. GPS system is used.

The U.S. system, which is currently used for location-based services including for smartphones, tends to produce positioning errors in mountainous areas and places between tall buildings.

Michibiki complements the U.S. GPS, helping provide more precise positioning data. The launch earlier this month of the fourth satellite for the Michibiki system enabled signals from the system to be received in Japan constantly.

Centimeter-level positioning accuracy is said to be essential to make automated driving widely available. The Japanese government expects driverless buses to be put into practical use by fiscal 2020.

Mitsubishi Electric Corp., using the Sanyo Expressway in western Japan, has been testing a car capable of receiving signals from Michibiki to check whether it can recognize its position even in a thick fog.

Softbank Group Corp. <9984> is developing an integrated circuit chip to receive GPS signals for use in self-driving vehicles.

It is "an option" to make the IC chip compatible with Michibiki as well, said an official at Softbank's headquarters for the development of information technology services.

A challenge to utilize Michibiki is how to reduce the price of a dedicated signal receiver which costs over one million yen.

Last month, Hokkaido University ran a tractor equipped with a receiver compatible with Michibiki signals as a demonstration experiment under a government program. The receiver was supplied by Magellan Systems Japan Inc.

"We aim to develop a signal receiving chip that costs 10,000 yen or less in the future," said an official of Magellan Systems, based in Amagasaki, Hyogo Prefecture, western Japan. Jiji Press