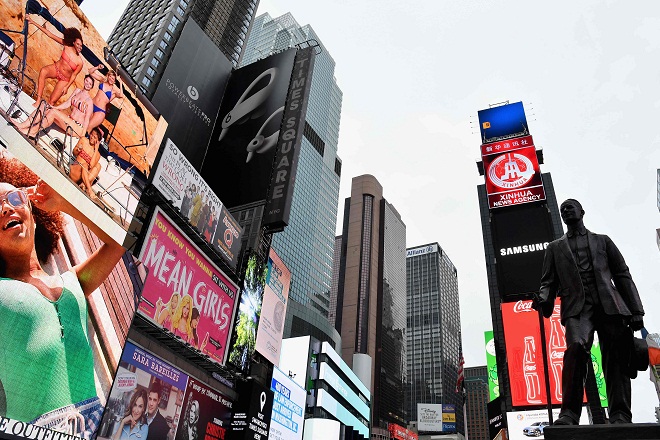 Tokyo- The industry ministry has started discussing with private companies the development of a theater district in Tokyo like Broadway in New York, in an effort to attract more foreign tourists to the capital.

In Broadway and London's West End, high-quality musicals and stage plays are performed in many theaters clustered near each other. This makes these areas major tourist hubs, keeping nearby dining establishments busy well into the night.

Meanwhile, theaters in Tokyo are few in number and scattered in location. Tokyo also lacks the high-quality entertainment found on stages in New York and London.

In addition, tourists have difficulty getting information about theatrical performances and, thus, cannot purchase tickets smoothly.

"No show-business model has been established in Tokyo," a person familiar with the matter said.

Under the "Tokyo Broadway" initiative, ways to develop facilities and sell tickets more easily will be considered with parties involved, including travel agencies, informed sources said.

There are also proposals to highlight Japanese traditional performances such as kabuki and "wadaiko" Japanese drums, they added. Jiji Press