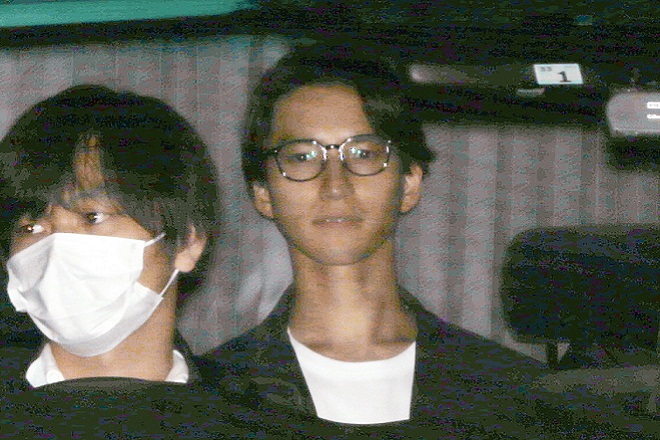 Tokyo--Junnosuke Taguchi, a former member of Japanese all-male pop group KAT-TUN, and actress Rena Komine were arrested Wednesday on suspicion of cannabis possession at their home in Tokyo.

Taguchi, 33, and Komine, 38, were arrested by the narcotics control department of the health ministry's Kanto-Shinetsu Regional Bureau of Health and Welfare.

They are suspected of possessing several grams of dried cannabis at 1:47 p.m. (4:47 a.m. GMT) at their home in Setagaya Ward. The department searched the home in the morning.

The department has not disclosed whether the two admitted to the narcotics control law violation allegations. Its investigation is under way into details such as the channels used to obtain the cannabis.

Among the items seized by the department were a tool to grind cannabis and rolling papers for inhalation.

Taguchi left the pop group, which debuted in 2006, in March 2016. He is the manager of his own private talent agency, which employs Komine. They are believed to be a common-law couple.

Komine played a role in popular television drama series "Sannen B Gumi Kinpachi Sensei." She also appeared in a commercial for a campaign against drugs run by

Taguchi is a reconstruction support ambassador in the southwestern city of Kumamoto, hit hard by powerful earthquakes in 2016. He was scheduled to talk with Mayor Kazufumi Onishi at an event in Tokyo on May 29. Jiji Press