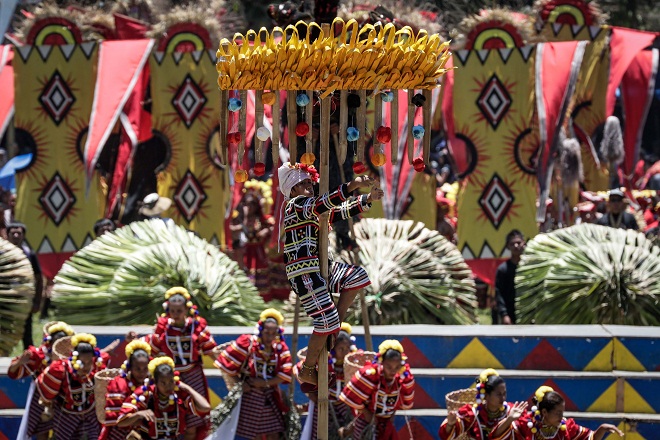 The Department of Tourism ( DOT) urged on Wednesday tourists to visit Mindanao despite peace and order problem in some areas.

In a press briefing in Malacanang, Assistant Tourism Secretary Roberto Alabado III said places, such as Zamboanga City, Tawi-Tawi and Central Mindanao, areas where there were issues on peace and order, offer tourist attractions.

"Actually, our regional offices are very busy campaigning of introducing...when you said Western Mindanao, Zamboanga. Zamboanga is a very, very beautiful place and even the local government units, I’ve seen the videos in Tawi-Tawi. That’s one of the islands in my bucket list that I would really like to go and the regional offices are really doing efforts in introducing to the people. Maybe here from Luzon and Visayas, all of the good parts of what the destinations have to offer," he said.

He said Zamboanga could not be considered a "troubled area."

"I go there for bird watching. I visited the area and they have a…If we have the Intramuros here, you should see the old forts that they have in Zamboanga. It’s a city where you would see the interplay of Muslim culture, the American heritage, then the Spanish heritage. I would encourage our Filipino tourists to visit Zamboanga and you would be pleasantly surprised on how nice the pink beaches of Santa Cruz Island," Alabado said.

"There's a certain place which I would not recommend to anybody to go there, not just as yet, is Zamboanga...Some Europeans go there for the bird watching and they are captured and eventually they are decapitated even after the payment of ransom," Duterte had said.

Alabado also cited the rich culture of Mindanao, which could attract tourists.

"If you go to Lake Sebu, you would see our indigenous people the T’boli tribe who have been there…if you want to see the original culture of the Filipinos go there. They’ve been relatively untouched by the Spanish influence. And if you would like to taste the variety of dishes of Muslim tribes, Mindanao is always a good place to explore culture," he said.

"It’s full of attractions and destinations. We would like all Filipinos to visit Mindanao and see another culture," he said.

The DOT official also welcomed the cleanup drive of Manila Mayor Isko Moreno in the city.

He said that Manila has always been a premier destination of tourists as they visit Intramuros, Luneta, Binondo, and Divisoria.

"These are areas where it's simply a shopping paradise for some of our Southeast Asian tourists. So, the efforts of Manila Mayor Isko Moreno are very much appreciated in making the areas more accessible to tourists because we are aiming to provide our tourists a more diverse tourist offering here in Manila," he said.

"So, just imagine if our tourists can walk around the streets of Manila and at the same time enjoy the food in Binondo, enjoy the shopping in Divisoria, in a more organized manner," he added.

Moreno has ordered the removal of vendors on some busy streets and places in Metro Manila shortly after he assumed office.

Alabado also expressed optimism DOT could exceed its target of 8.2 million international visitors, citing that from January to May, the number of foreign tourists reached over 3.4 million.

"This makes us optimistic that we will not only achieve the target growth for 2019 as dictated by the National Tourism Development Plan 2016-2022, but we will positively surpass 2018’s numbers, a landmark year for Philippine tourism," he said.

With the aggressive campaign of the Tourism Promotions Board and the DOT, "we can pull up the growth rate further and even exceed the 8.2 million," he added.

He said the major sources of foreign visitors in the country during the past months were South Korea, China, the United States, Japan, and Taiwan. Celerina Monte/DMS