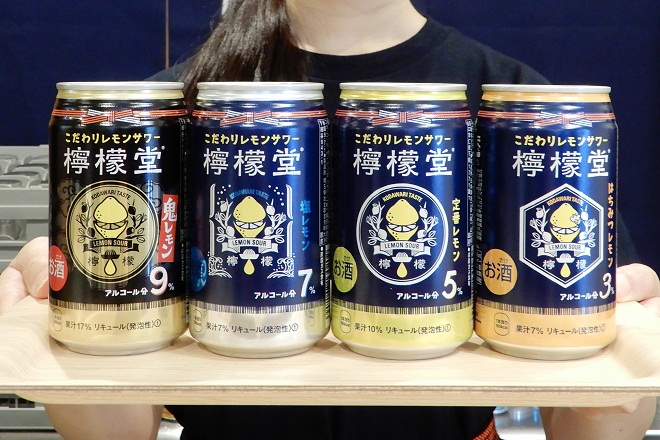 The lemon-based product, "Remondo," currently available in the Kyushu southwestern region on a trial basis, will go on sale in all other parts of the country, excluding the island prefecture of Okinawa, southernmost Japan.

With chuhai products loved by people of many legal drinking ages, the company hopes to explore a new market at a time when growth in sales of its mainstay carbonated drinks has stalled amid increasing health consciousness and sluggish birthrates.

The 350-milliliter canned chuhai has a recommended price of 165 yen. Remondo comes in four types according to alcohol content, which ranges from 3 pct to 9 pct, and other characteristics.

Japan will be the first market in which the Coca-Cola group will sell its own alcoholic drinks. Coca-Cola (Japan) has not revealed a sales target.

"We hope that a wide range of people will enjoy Remondo," a company official said.

Sales of chuhai products in Japan have doubled in 10 years as many people find them easy to drink and affordable.Jiji Press