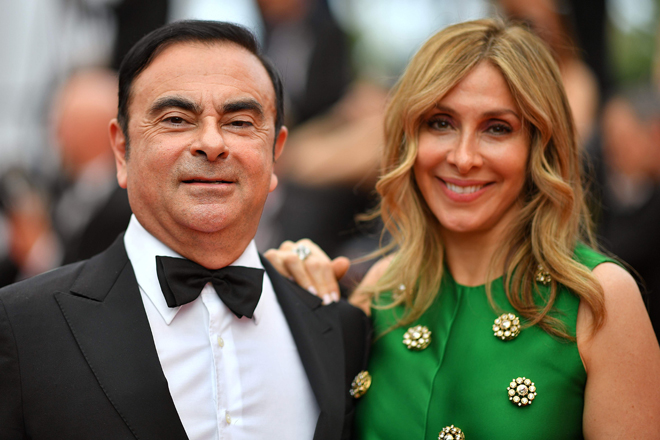 In this file photo taken on May 26, 2017 Renault CEO Carlos Ghosn (L) and his wife Carole Ghosn arrive for the screening of a film at the 70th edition of the Cannes Film Festival in Cannes, southern France. - French prosecutors have begun an inquiry into the lavish wedding party at the Palace of Versailles for former Renault and Nissan chief Carlos Ghosn, part of which was billed to Renault, a legal source told AFP on Monday. AFP-Jiji Press