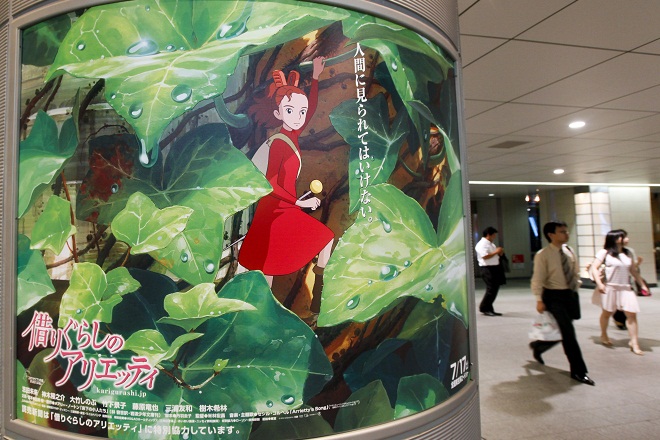 Three of the park's five areas are scheduled to open in autumn 2022 and the remaining two about a year later.

"We'll make the park unique in the world, reflecting the worlds of Ghibli works," Aichi Governor Hideaki Omura said at a news conference.

Studio Ghibli producer Toshio Suzuki said, "We'll make efforts to please many people in and outside the country."

The park will replicate buildings, shops, houses and others that appear in such Ghibli films as "Howl's Moving Castle," "Whisper of the Heart," "Princess Mononoke" and "Kiki's Delivery Service."

Items featured in these Ghibli films will be exhibited in the "Ghibli no Daisoko" (Ghibli's large warehouse) area, which will have play spaces and theaters. Jiji Press