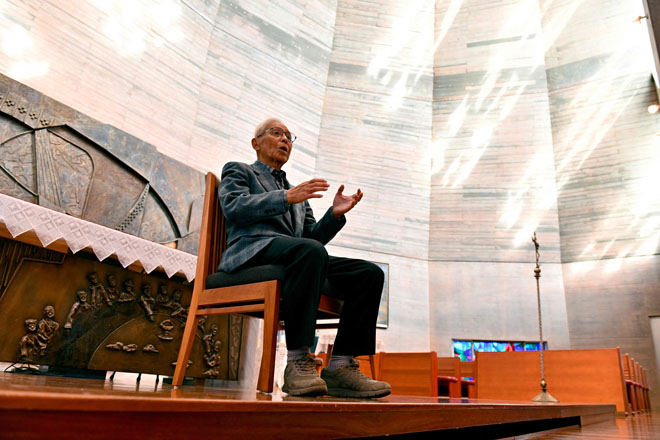 Atomic bomb survivor Kenji Hayashida speaks during an interview with AFP at a Catholic church in Nagasaki on November 23, 2019, ahead of a visit by Pope Francis.

Pope Francis arrived in Japan on November 23, where he is expected to deliver a robust anti-nuclear message of peace in the only country to have suffered an atomic bomb attack. AFP-Jiji Press