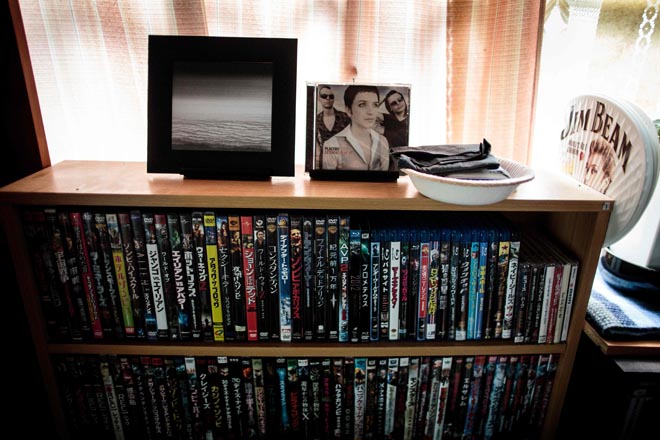 Tokyo- This picture taken on August 19, 2017, shows movie and music DVDs that belonged to a man who died alone and left decomposing for three weeks, in his apartment in Tokyo.

There are no official data for the number of people dying alone who stay unnoticed for days and weeks but most experts estimate it at 30,000 per year in Japan.

The man, believed to be in his 50s, died alone in a city he shared with 13 million people but no one noticed, making him the latest victim of "kodokushi" or "dying alone" -- a growing trend in ageing Japan. Jiji Press