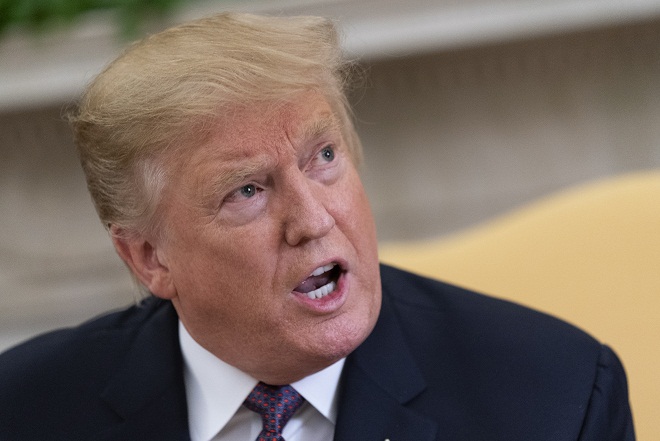 Washington--U.S. President Donald Trump tweeted on Tuesday that he has informed Japanese Prime Minister Shinzo Abe of his plan to attend the Group of 20 summit in the western Japan city of Osaka on June 28-29.

Trump convened the plan to Abe when they held talks at the White House in late April, according to the U.S. leader.

"I told him (Abe) that I would be going to" the summit among the 20 advanced and emerging economies, Trump said, adding, "I look forward to being with him and other world leaders."

Before the expected Japan trip in June, Trump will visit the Asian country on May 25-28 as the first state guest since Japan's new Emperor Naruhito assumed the throne on May 1.

During the four-day visit, Trump is expected to hold a bilateral summit with Abe and meet with Emperor Naruhito.