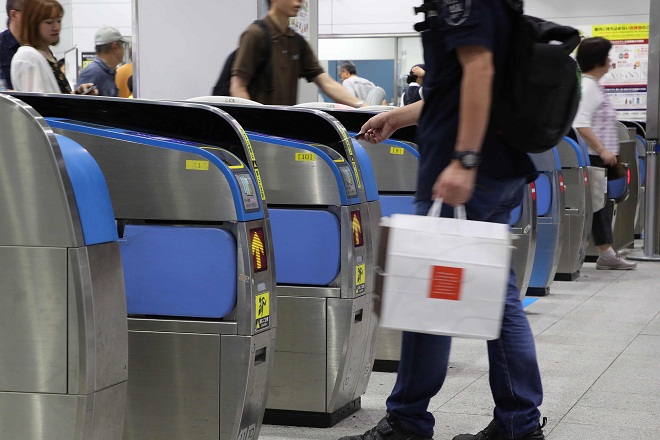 Tokyo- West Japan Railway Co., or JR West, said Wednesday that it will suspend most of operations on its Sanyo Shinkansen high-speed train line on Thursday, when powerful Typhoon Krosa is expected to make landfall in western Japan.

JR West also said that it will fully suspend operations on 19 local lines in the prefectures of Hiroshima, Okayama and Yamaguchi on Thursday.

The suspensions are expected to affect many travelers during the "bon" summer holiday period.

The typhoon also caused cancellations of some summer events in western Japan.

The organizing committee of the Awa Odori traditional local folk dance festival in the city of Tokushima has decided to cancel programs set for Wednesday and Thursday.

It is the first time since 1996 that the event has been canceled for two days. The 2019 Awa Odori event, which started on Monday for a four-day run, was performed on the first two days as planned.

The 10th typhoon of the year is expected to cut across the region after making landfall, reaching the Sea of Japan on Thursday night. Total rainfall is feared to reach over 1,200 millimeters in some areas, possibly triggering landslides and floods.

At 4 p.m. Wednesday (7 a.m. GMT), the typhoon was traveling north at a speed of 15 kilometers per hour about 220 kilometers east-southeast of Tanegashima Island in Kagoshima Prefecture, part of the Kyushu southwestern Japan region, according to the Japan Meteorological Agency.

Central Japan Railway Co., or JR Tokai, said that it will reduce services on its Tokaido Shinkansen Line between Tokyo and Shin-Osaka stations by about 60 trains on Thursday.

Japan Airlines canceled 64 flights to and from Kyushu on Wednesday, affecting some 4,990 passengers.

ANA Holdings Inc.'s All Nippon Airways canceled 34 flights to and from Miyazaki airport in Kyushu on Wednesday, with the number of affected passengers seen totaling 3,900. ANA will cancel 105 domestic flights on Thursday, affecting some 10,500 people. Jiji Press