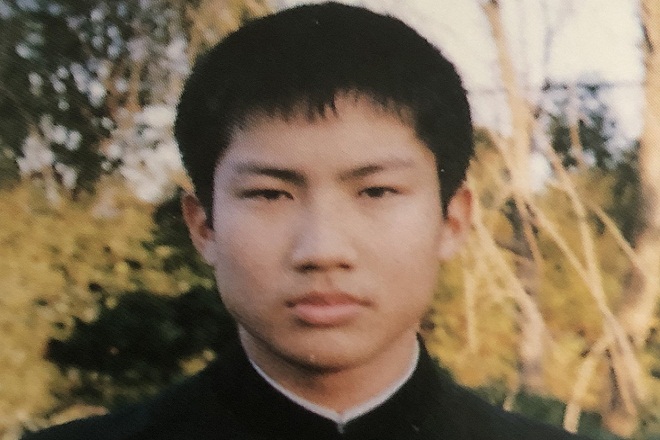 Kyoto--The suspect in a deadly arson attack against a Kyoto Animation Co. studio in the city of Kyoto, western Japan, had visited prior to the July 18 assault key sites related to an anime work produced by the company, it has been learned.

The police department of Kyoto Prefecture is looking in detail at the visits to the sites by Shinji Aoba, the 41-year-old man allegedly responsible for the attack, which took 35 lives and injured many others.

According to police investigators, Aoba traveled to Kyoto from his home in the city of Saitama, eastern Japan, using means including a Shinkansen bullet train, on July 15.

He appeared in security camera footage taken that afternoon near Kyoto Animation's headquarters in the city of Uji in the prefecture and at Rokujizo Station of West Japan Railway Co. <9021>, or JR West, near the attacked No. 1 studio of the animation company. Aoba stayed at a hotel in the city of Kyoto that night.

On July 16, the suspect was found to have stayed in an Internet cafe near Kyoto Station for about two hours from around 10:30 a.m. (1:30 a.m. GMT). Around 2 p.m., a man believed to be Aoba was captured by security cameras at locations around JR West's Uji Station in the city of Uji.

The area around the station is known as the setting for "Sound! Euphonium," a popular Kyoto Animation anime series, and several locations are known as "holy sites" among fans. Such sites are shown on a visitor's guide map made by the Uji city government.

On July 17, the day before the attack, Aoba purchased a push cart and containers for gasoline at a home improvement store near Uji Station. From there, he is thought to have walked some 10 kilometers northward to the scene of the crime.

He was captured in his walk on security cameras near Keihan Electric Railway Co.'s Obaku Station, a Sound! Euphonium holy site, in Uji and near JR West's Kohata Station, close to the anime producer's headquarters.

"For Aoba, these visits might have been for inspecting the areas or for sightseeing," a senior official of the Kyoto police department said.

In the attack, Aoba released gasoline at the three-story No. 1 studio of Kyoto Animation and set it on fire. Aoba himself suffered severe burns in the incident and is hospitalized in Osaka Prefecture, next to Kyoto.

The Kyoto police department has obtained an arrest warrant for Aoba, planning to serve it on the suspect after he recovers.