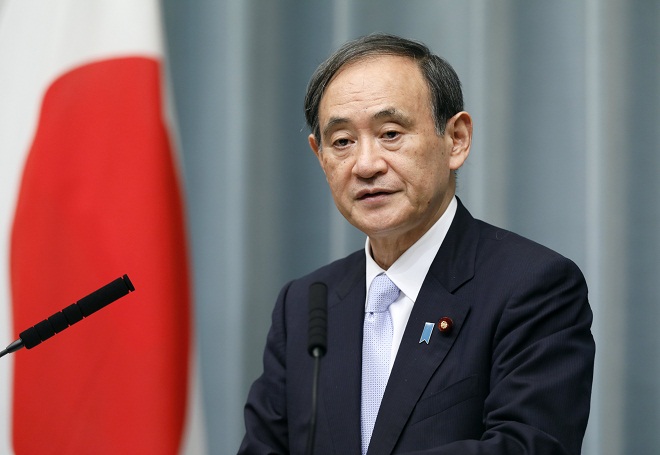 Suga made the remarks after South Korean Prime Minister Nak-yon said earlier that day that there are "limitations" to his government's responses to the Supreme Court ruling against a Japanese company on wartime labor.

Suga declined to comment directly on Lee's statements about the ruling, but said that Japan will continue "demanding an appropriate response from the South Korean side."

Lee said in a debate held in Seoul that his government faced "fundamental limitations" in tackling the issue, citing past failures of government interventions in the court and the separation of powers.

The South Korean Supreme Court ordered Nippon Steel Corp. <5401> last year to pay compensation to South Koreans for wartime labor. Japan asserts that the issue of labor during its colonial rule of the Korean Peninsula has already been resolved by the 1965 bilateral pact on claims and property.

On a potential summit between Japanese Prime Minister Shinzo Abe and South Korean President Moon Jae-in on the sidelines of the Group of 20 summit in the western Japan city of Osaka in late June, Suga said that "nothing has been decided." Jiji Press