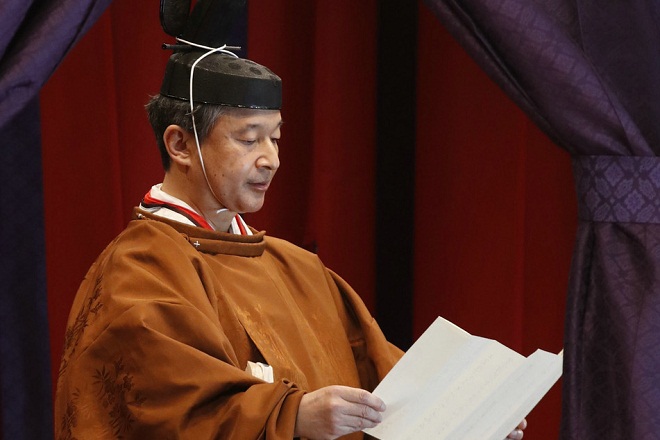 Tokyo- Following is the text of remarks by Japanese Emperor Naruhito made during the "Sokuirei-Seiden-no-Gi" enthronement proclamation ceremony at the Imperial Palace on Tuesday:

Having previously succeeded to the Imperial Throne in accordance with the Constitution of Japan and the Special Measures Law on the Imperial House Law, I now perform the Ceremony of Enthronement at the Seiden State Hall and proclaim my enthronement to those at home and abroad.

I sincerely hope that our country, through our people's wisdom and unceasing efforts, achieves further development and contributes to the friendship and peace of the international community and the welfare and prosperity of humankind.Jiji Press