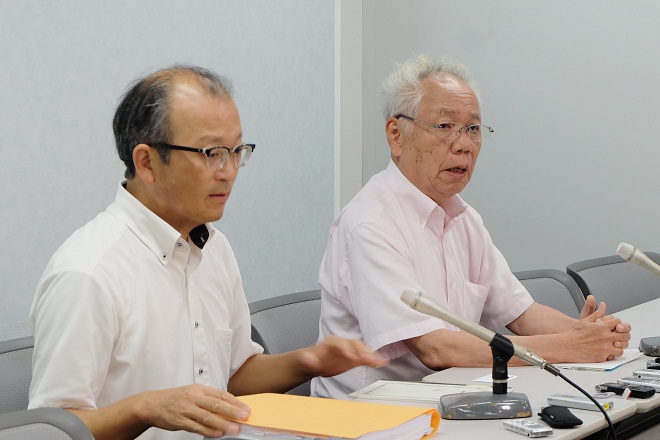 The renewed decision, which cited insufficient evidence, followed a reinvestigation into allegations, including forgery and breach of trust, against them, after the initial decision was questioned by a prosecution inquest panel of ordinary citizens.

The latest decision puts an end to the case, as it will not be reviewed by such a panel under the prosecution inquest system.

The scandal unfolded with a series of revelations from February 2017, including that of the sale of a state-owned land plot at a massive discount to Moritomo Gakuen, a school operator then linked to Abe's wife, Akie.

In March 2018, the Finance Ministry admitted to manipulation of documents related to the controversial land deal.

In May that year, the prosecutors closed the initial investigation without indicting any of 38 individuals against whom criminal complaints had been filed by a group of citizens and others.

In March this year, the prosecution inquest panel concluded that the decision of no indictment was unreasonable for 10 of the 38 individuals. The prosecutors then reopened the probe on the 10, including Sagawa, a former director-general of the ministry's Financial Bureau and later appointed as head of the National Tax Agency.

The renewed no-indictment decision provoked an angry backlash from those who sought criminal charges.

"We'll now pursue the truth in civil lawsuits," lawyer Tokuo Sakaguchi, who had asked the prosecution inquest panel to review the initial decision by the prosecutors, told a press conference. Jiji Press